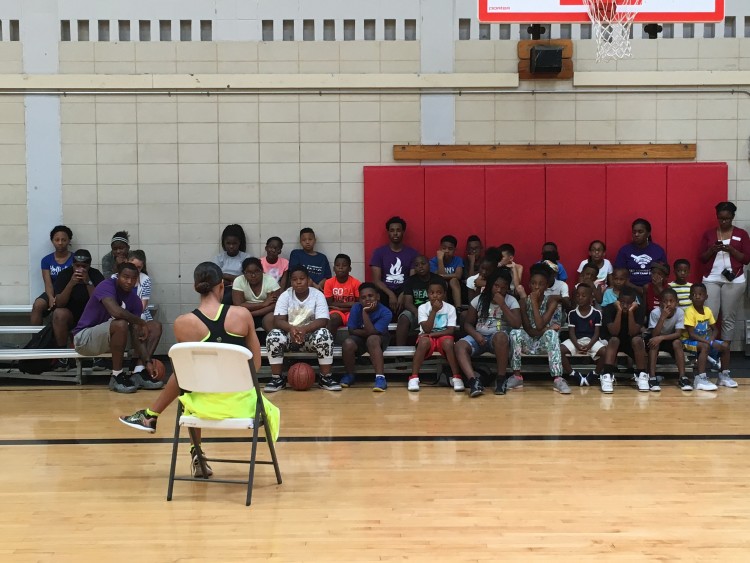 It seemed a natural fit.

Skylar first played organized basketball at a YMCA so it seemed fitting that one of her first events after the release of her Middle School Rules book should be at a Y! 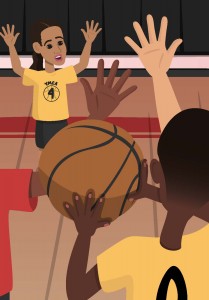 With the help of Gordie Echtenkamp, president and CEO of the YMCA of Metropolitan Dallas, Skylar was scheduled to visit with students at the Park South Family YMCA in Dallas.

She read two of her favorite chapters from the book, she participated in basketball drills with them, she posed for any and all photos and selfies, and she answered their questions.

Warmly and candidly, Skylar answered them all.

Rodrigua Ross, the Park South Family Y’s executive director, couldn’t have hoped for a better visit with a better star. 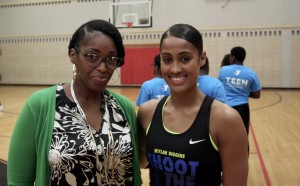 “We’ve had a number of athletes come through and all of them are really nice, and all of them are genuine in wanting to give (the students) a message,” Rodrigua said. “But Skylar’s accessibility was on another level because she talked to staff – and they’re joking about places to eat –  and she’s very personable with the kids.”

The Park South Y is three miles from downtown Dallas, but Rodrigua said some of the students feel its fancy museums, parks and buildings are a world away.

Skylar could relate; she grew up in South Bend, a few miles from Notre Dame, but she wondered if the prestigious school was out of her reach. No one in her family, after all, had ever attended a four-year college.

But Skylar worked hard in the classroom and on the court, and she starred at Notre Dame.

That connection, Rodrigua said, resonated with her students. 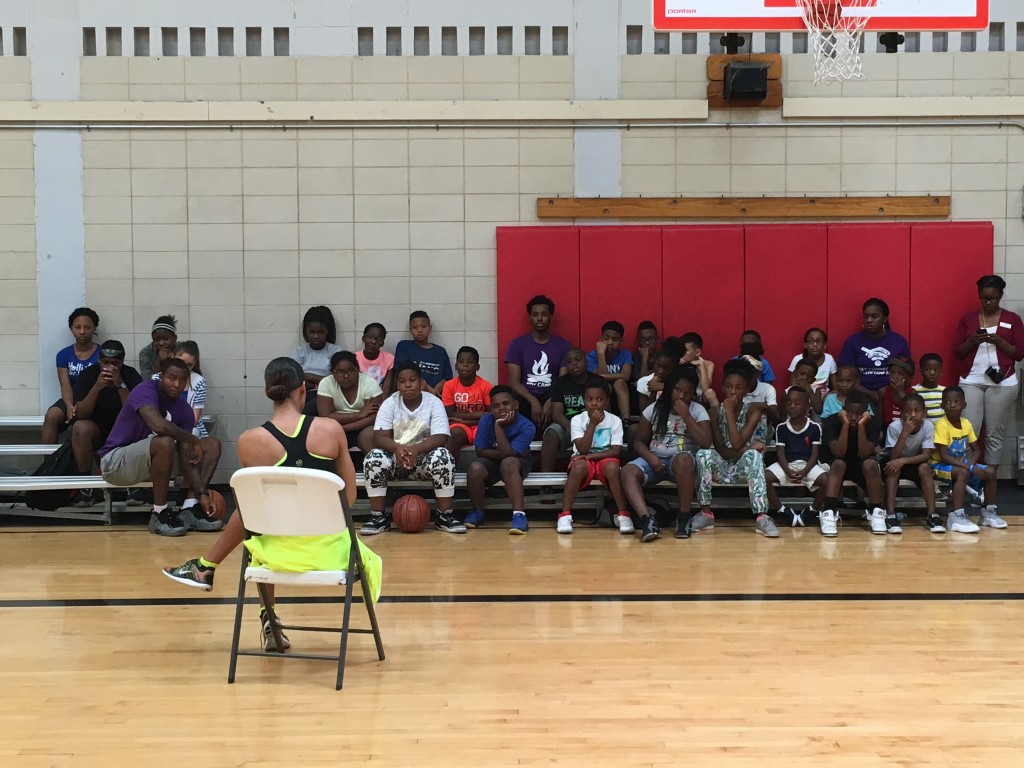 “Kids kind of have this perception, where you see someone on TV – lights, camera, action – and you just think, ‘Oh, they have it all. Everything is great for them, and nothing goes wrong.’ But she was so transparent and let them know, ‘No, that wasn’t the case.’ Her parents separated. She had to deal with bullying,” Rodrigua recalled. “And she was first in her family to graduate from college.

“It’s incredibly valuable for these kids to see that it’s real.”

Rodrigua can also relate; her mother raised her siblings and cousins – nine in all – in Brooklyn.

“I thought it was high-rise living,” Rodrigua said, “but it was the projects, and we lived on the seventh floor and most of the time, the elevator didn’t work.”

Completing her studies at Hampton University, Rodrigua was the first in her family to graduate from college. She’s risen through the ranks at the Y, and she became the executive director at the Park South Family Y four years ago.

After Skylar and her fiancé Daniel Smith left the Y, Rodrigua reveled in the visit and the message her students received.

“The reality is, they probably see more people who didn’t make it out and more people who are still facing the challenges. And a lot of these young people get jaded like, ‘It can’t happen,’ ” she said. “But no, those folks are out there, the ones who fought the odds and made it.” 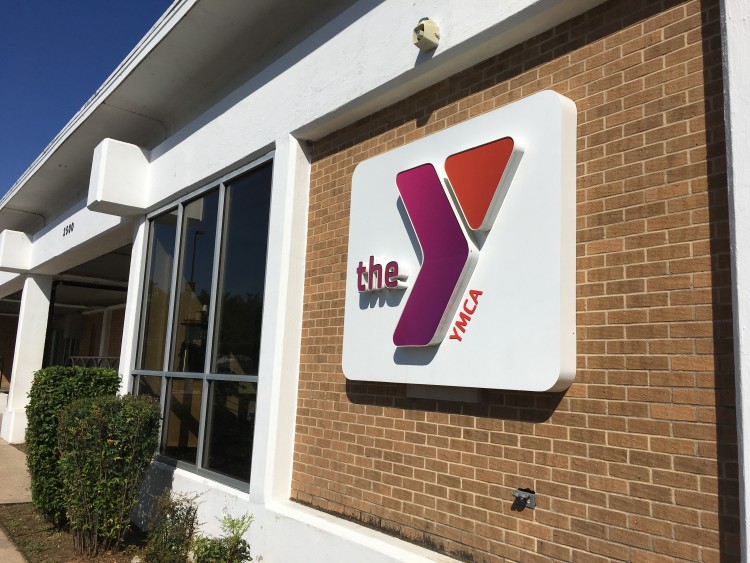 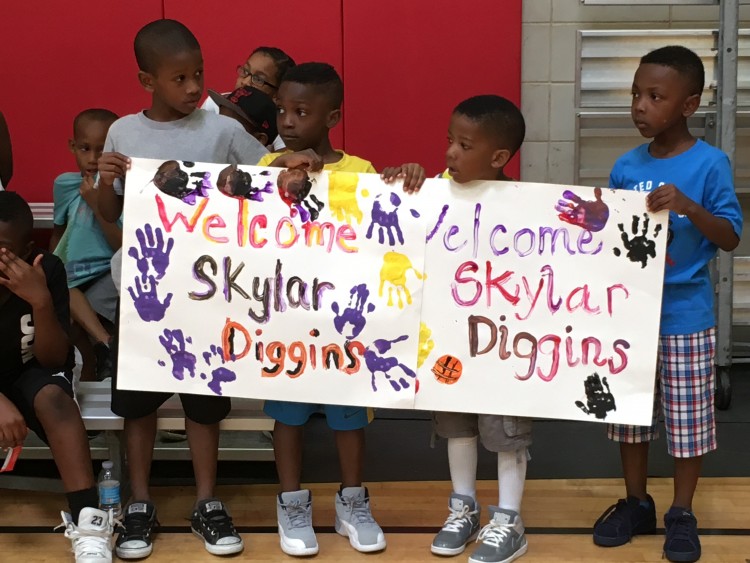 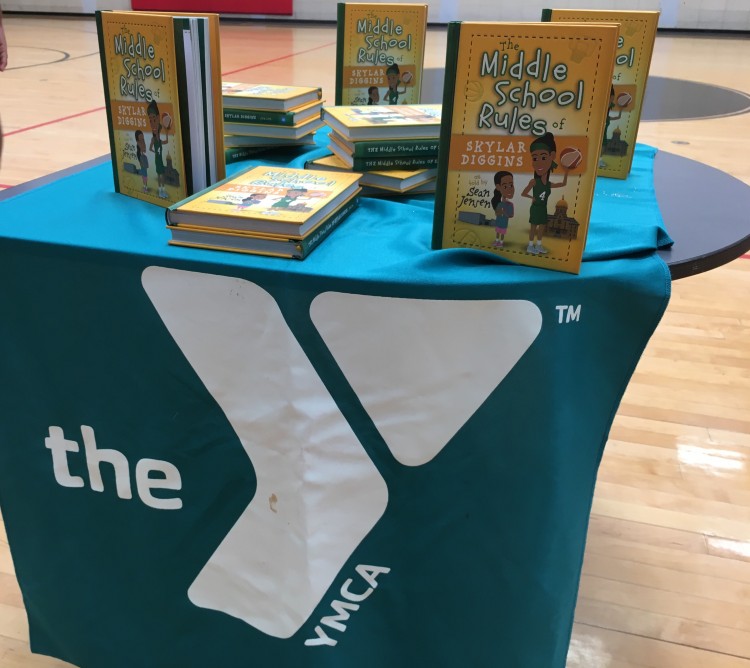 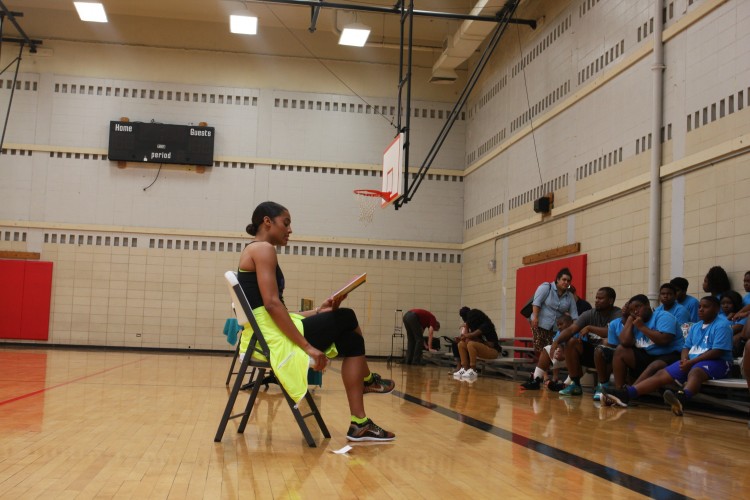 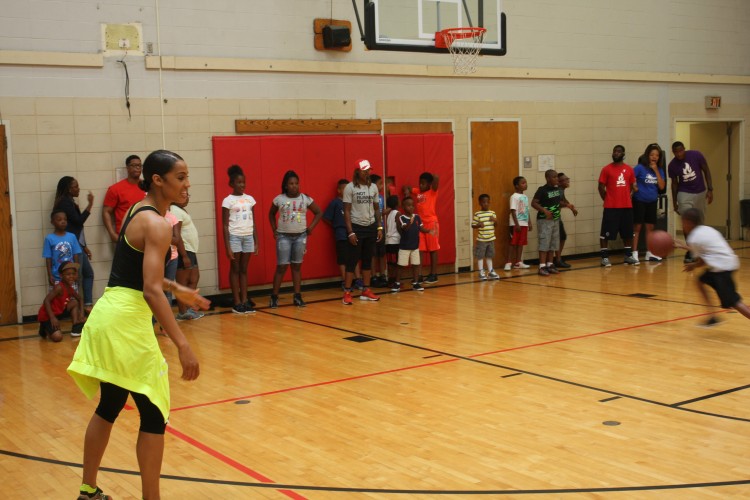 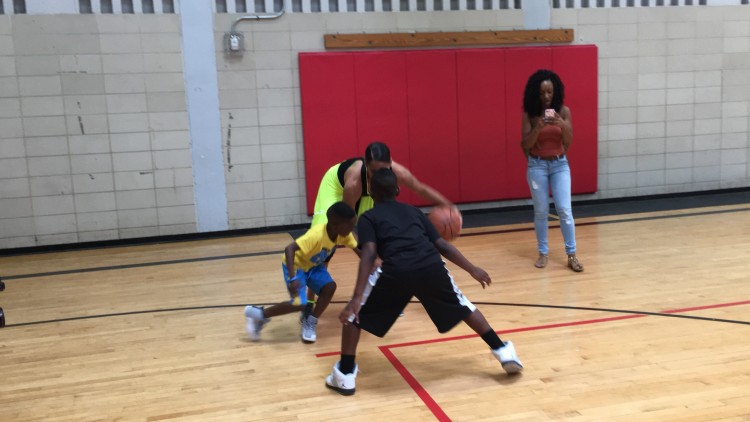 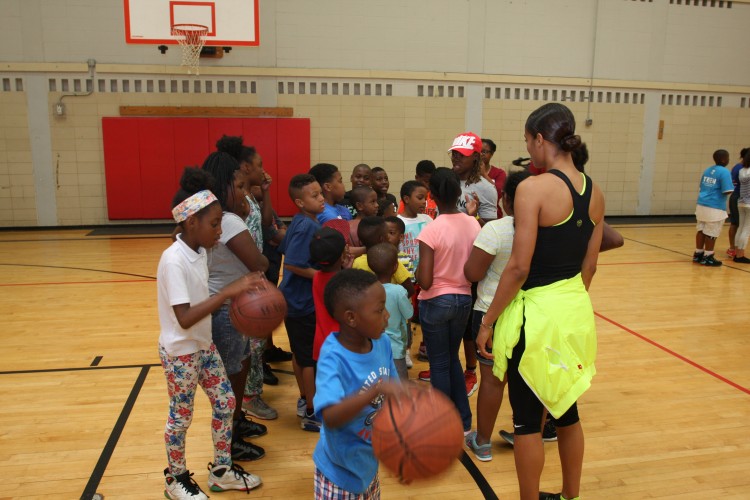 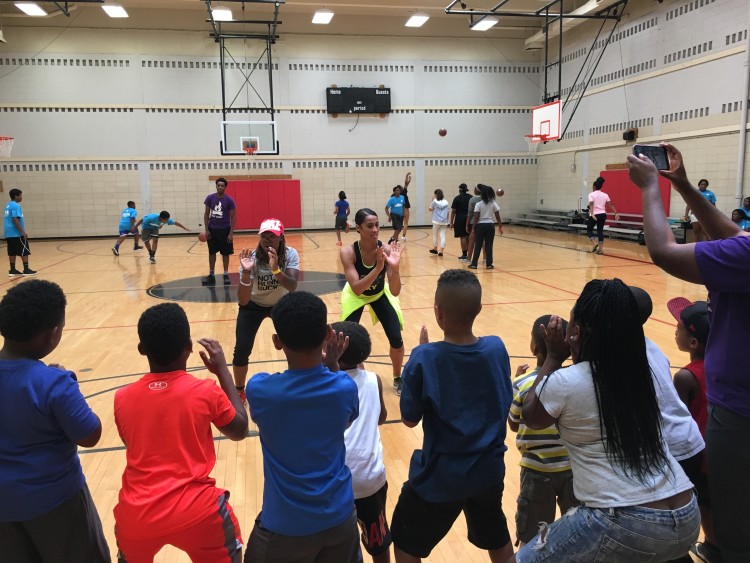 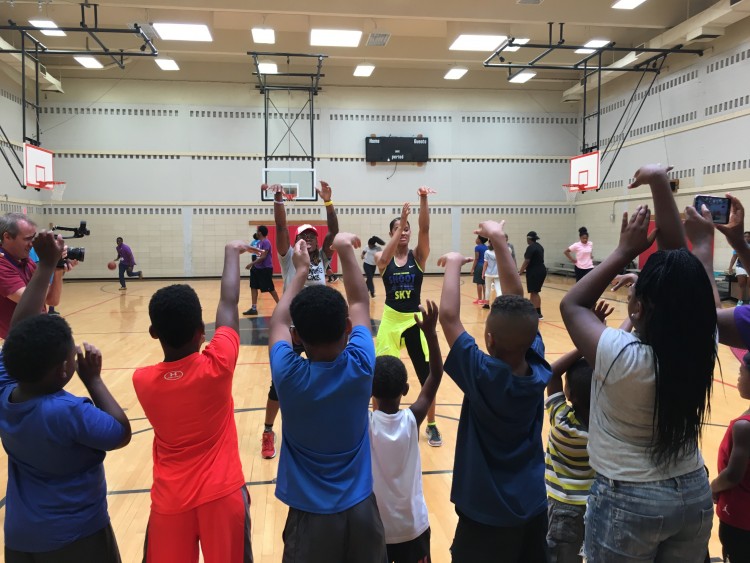 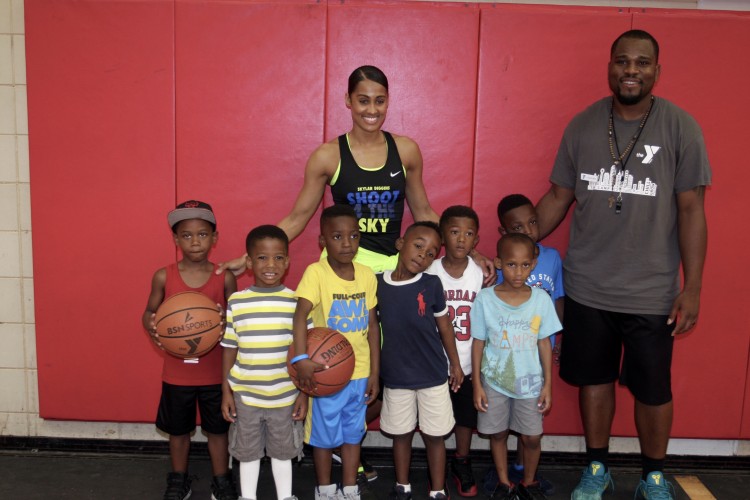 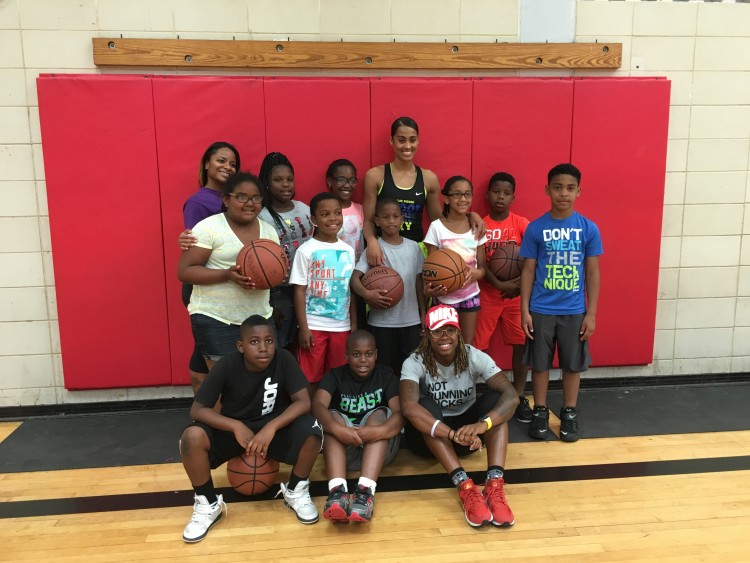 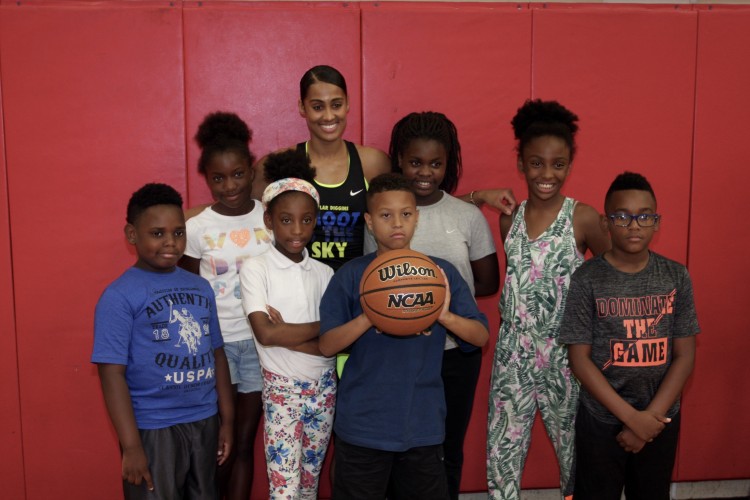 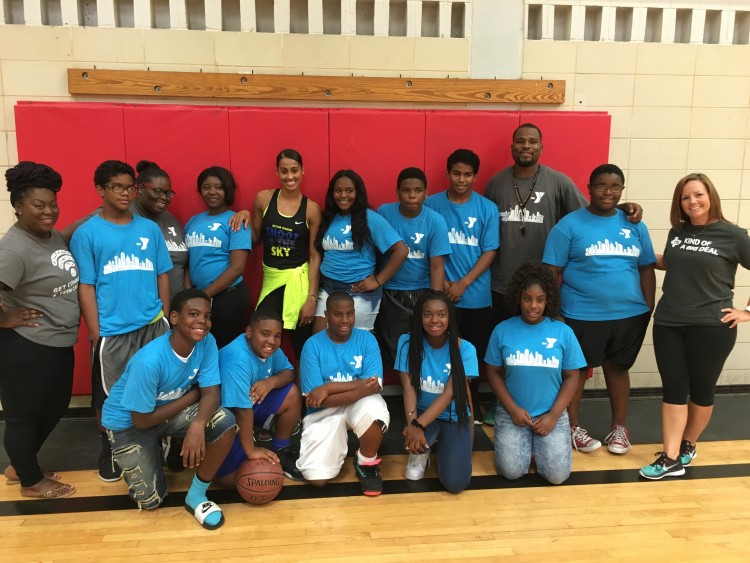