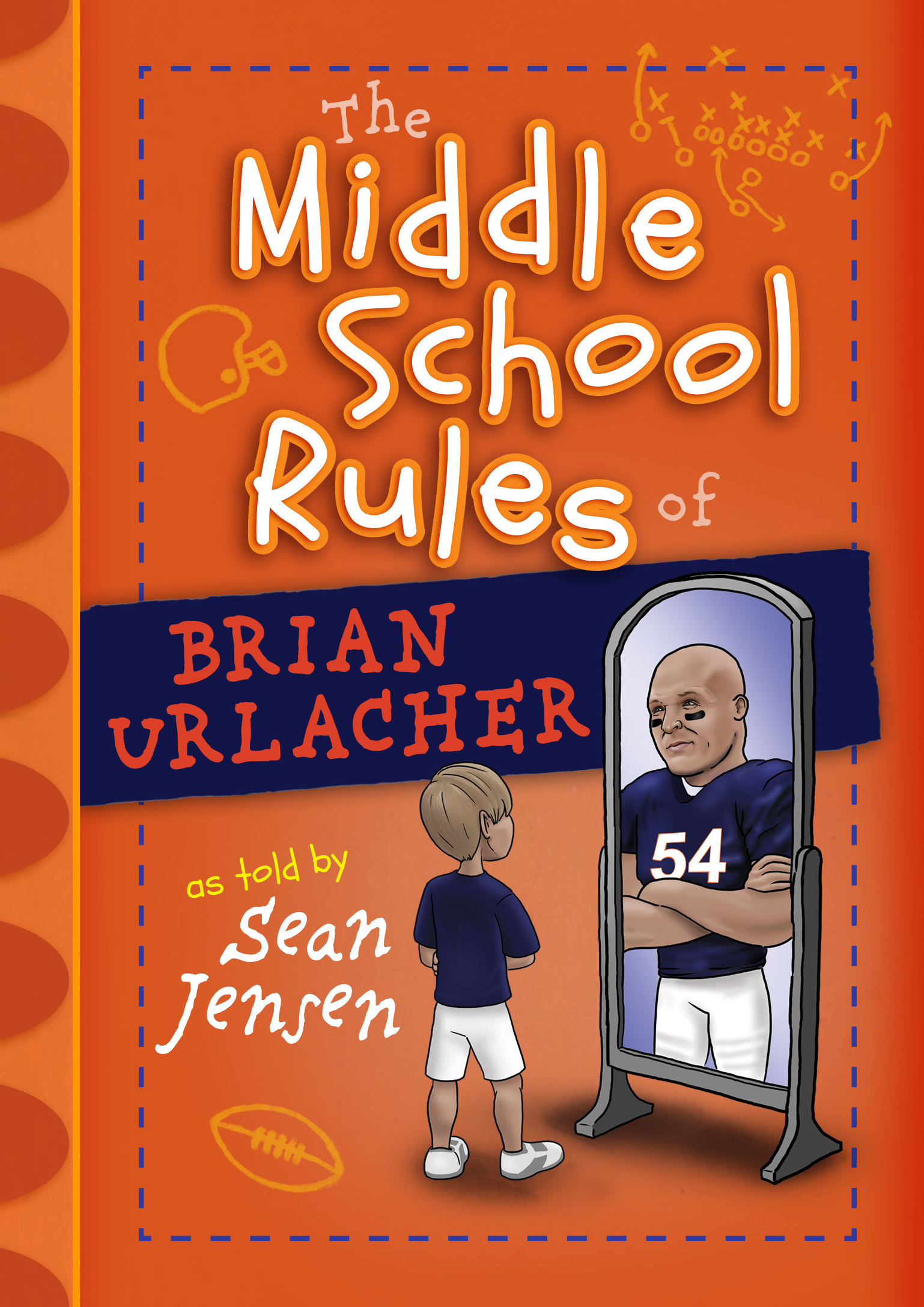 BroadStreet Publishing Group announced today the release of a new children’s book by Sean Jensen and legendary Chicago Bears linebacker, Brian Urlacher, titled The Middle School Rules of Brian Urlacher. The book focuses on formative life lessons and experiences from the football star’s adolescence that helped turn him into a star NFL player. The book will be available on February 17, 2015.

The Middle School Rules of Brian Urlacher features the real-life childhood stories and exploits of young Brian Urlacher and illustrates how they shaped him into a world-class athlete. Inspired by the popularity of the Diary of a Wimpy Kid series, the book appeals to the same aged readers. It is laced with stories that will entertain and inspire greatness in the next generation by highlighting the importance of being their best, overcoming adversity, and reaching their dreams through discipline and hard work.

“I just want to give kids some insight into what it was like for me growing up, some of the things I went through,” Urlacher said. “I was a normal kid, as normal as you could get. Maybe they can relate and it helps them.”

Urlacher established himself as one of the league’s preeminent defenders with his athleticism, intelligence, and ferocity. He’s widely expected to gain entrance into the Pro Football Hall of Fame when he’s eligible in a few years. Not bad for an athlete from Lovington, New Mexico, where his coaches didn’t even see college potential in him until his junior year of high school.

Sean Jensen has enjoyed a long sports writing career, having almost exclusively covered the NFL. He has penned award-winning features on Derrick Rose and Adrian Peterson, among others, and now adds a book with one of the best linebackers of all-time, Brian Urlacher, to his body of work.

“Sean digs into the key moments of Brian’s adolescence—a defining time in many athletes’ journey to success that often gets overlooked—in order to show the next generation that dreams are achieved through hard work and integrity,” says Carlton Garborg, president of BroadStreet Publishing. “His unique sports writing background and relationship with Brian produced a book that’s uniquely entertaining, offering wisdom and inspiration that is valuable to all generations.”

BroadStreet Publishing is a Wisconsin-based publishing company that is passionate about creating meaningful, inspirational products that share God’s truth to the world with beauty, quality, and creativity.