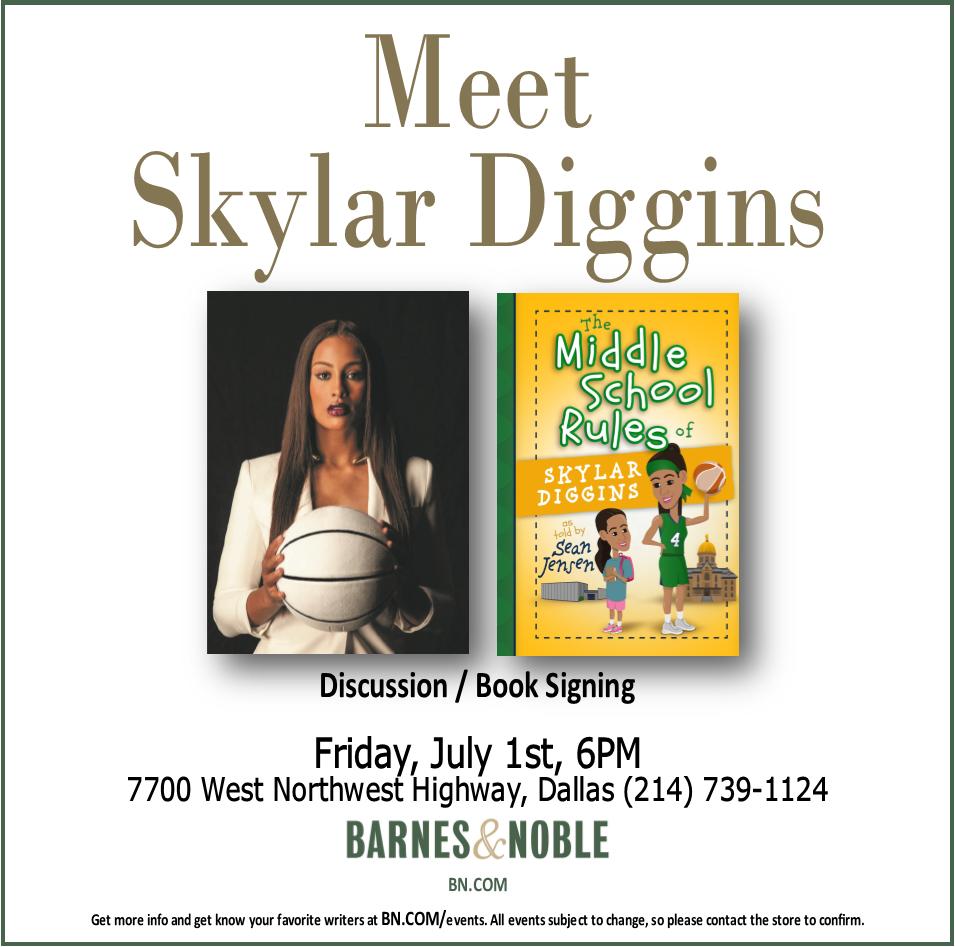 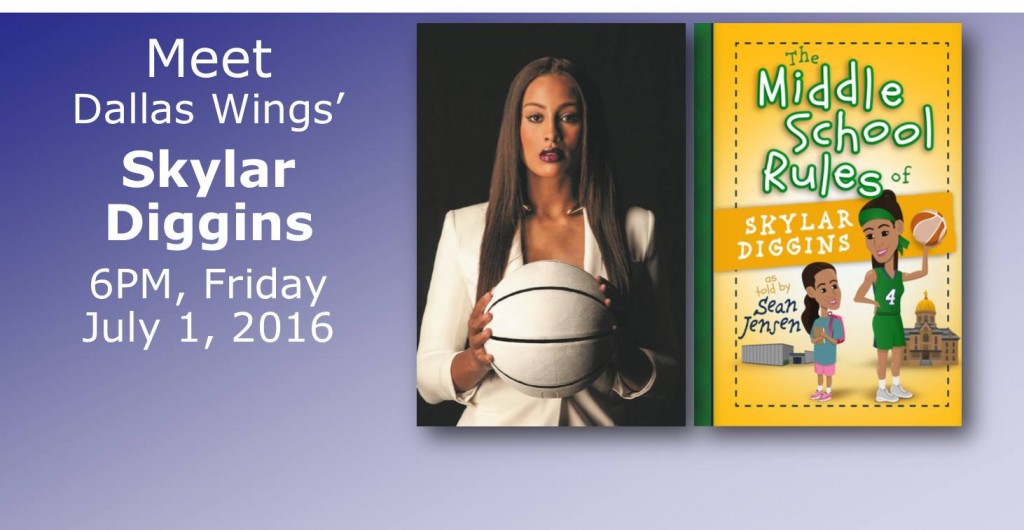 WHAT:  Skylar Diggins celebrates and supports the release of “The Middle School Rules of Skylar Diggins” with a meet & greet, interview and book signing. Skylar will do an interview with Chris Arnold, the game night emcee for the Dallas Mavericks and a longtime radio/ TV sports fixture. His 105.3 FM colleague Jeff “Skin” Wade, popular co-host of “The Ben and Skin Show” on 105.3 FM The FAN, will lead a Q&A with Skylar alongside his 8-year-old son Desmond.

About the book, The Middle School Rules of Skylar Diggins

Skylar Diggins is a basketball phenomenon, receiving her first letter of interest from a respected college coach when she was in fifth grade. A four-time All-American, Skylar finished her career at Notre Dame owning or co-owning 32 game, season, or school records.
In the WNBA, Skylar is already a two-time All-Star and won the league’s Most Improved award in 2014. Off the court, she oversees a program that highlights the academic achievement of youth who have overcome challenges.
Skylar has also been on ESPN and MTV, and was featured in Sports Illustrated, Vogue, and Self magazines.
The Middle School Rules of Skylar Diggins highlights Skylar’s defining childhood memories of growing up in a diverse middle-class family. Learn how she dealt with bullying, struggled to fit in at school, and excelled in basketball despite never being the tallest, strongest, or fastest player. Read personal life lessons that helped Skylar become the Gatorade National High School Player of the Year and one of the most decorated collegiate basketball players.