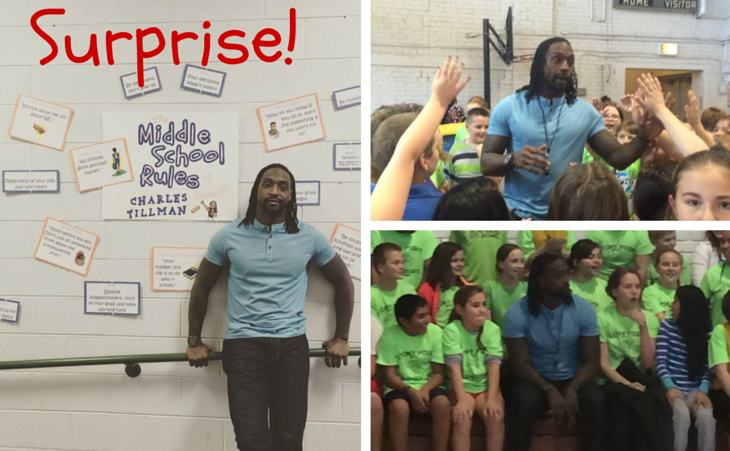 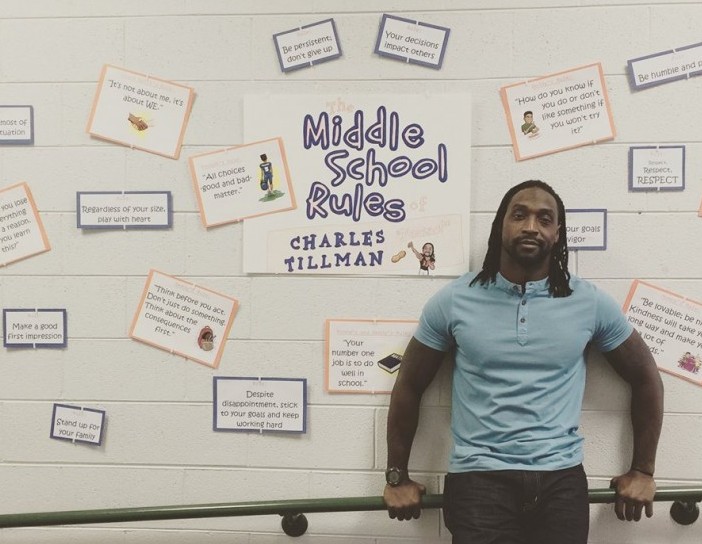 In November, a counselor at Stony Point Elementary School had an idea.

They wanted to get a copy of The Middle School Rules of Charles “Peanut” Tillman for every fifth grader, as they prepare to transition to middle school.

Would Tillman come and speak at the school, about an hour north of Charlotte?

The counselor and administrators at Stony Point were patient… and their students benefited Friday!

“I really can’t put in to words just how amazing he was and what an incredible job he did,” Stony Point principal Andy Palmer said. “There is no doubt that he made an impression on our 5th grade and entire school that will last forever… Keep Pounding!”

Charles Tillman at the Point. pic.twitter.com/HkFgTBK5qy

@peanuttillman my son came in from school & was so excited he could barely talk lol him meetin you today is something he'll never forget!

I was blessed to meet @peanuttillman today and his amazing wife Jackie as they visited Stony Point Elementary! pic.twitter.com/M606VUb54N

Charles Tillman enjoying a basketball game at the Point. Staff vs. the 5th graders. pic.twitter.com/WcQaJ7uvbb