Reaction to knee injury, including by Charles Tillman himself, reflective of his reputation 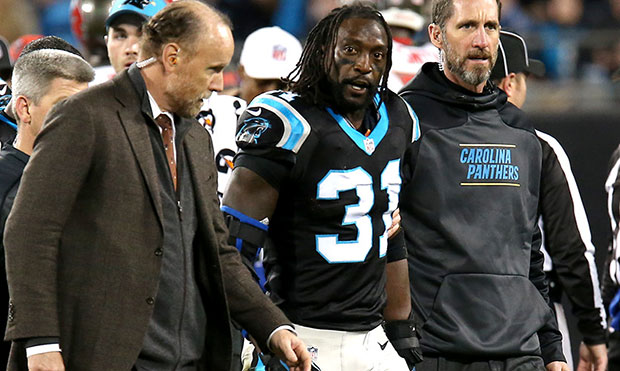 Injuries are inevitable in the NFL.

But the third-quarter knee injury Charles Tillman suffered had many people anxious. Durable for most of his career, Charles was only able to play in 10 games in 2013 and 2014 because of injuries.

Besides, he’d already been playing through a partially torn ACL this season.

So a day after the Panthers’ 38-10 blowout win over the Tampa Bay Buccaneers pushed them to 15-1, the club announced that Tillman’s 2015 season was over.

The response was overwhelming from current and former teammates…

Saddened to find out Peanut's journey on the field has come to an end. True pro. Want t… https://t.co/TOwXJZwNJn pic.twitter.com/VSDZA6hEWt

Sorry to hear the news my man
Praying 4 a speedy recovery 🙏🏾
Hope yall win it all! U deserve a ring @peanuttillman pic.twitter.com/OJ6tOV8xQR

From fans all over, including in Chicago….

@peanuttillman Hey man I'm carpenter who has had 13 operations with 2 being spinal. I lost my career, Be strong brother you're a great man.

Thinking about you @peanuttillman & wishing you a speedy recovery👍🏽 #KeepPounding

But Charles has a long history of positively dealing with adversity. We addressed how he handled a serious injury in The Middle School Rules of Charles “Peanut” Tillman.

After an exceptional sophomore season at Copperas Cove High School in Texas, Charles suffered a hip injury his junior season that impacted schools that were interested in him. His mother shared a message with him: “Everything happens for a reason. What can you learn from this?”

Despite the setback, Charles set a goal for his senior year, ultimately leading his football team to its first postseason appearance in many years and also earning a college scholarship.

So despite the palpable disappointment, Charles focuses on positives rather than negatives:

And while some players return home or distance themselves while dealing with an injury, Charles was front and center at practice this week.

Panthers said Charles Tillman was going to continue to be around despite tearing his ACL. Today he was at practice encouraging DBs.