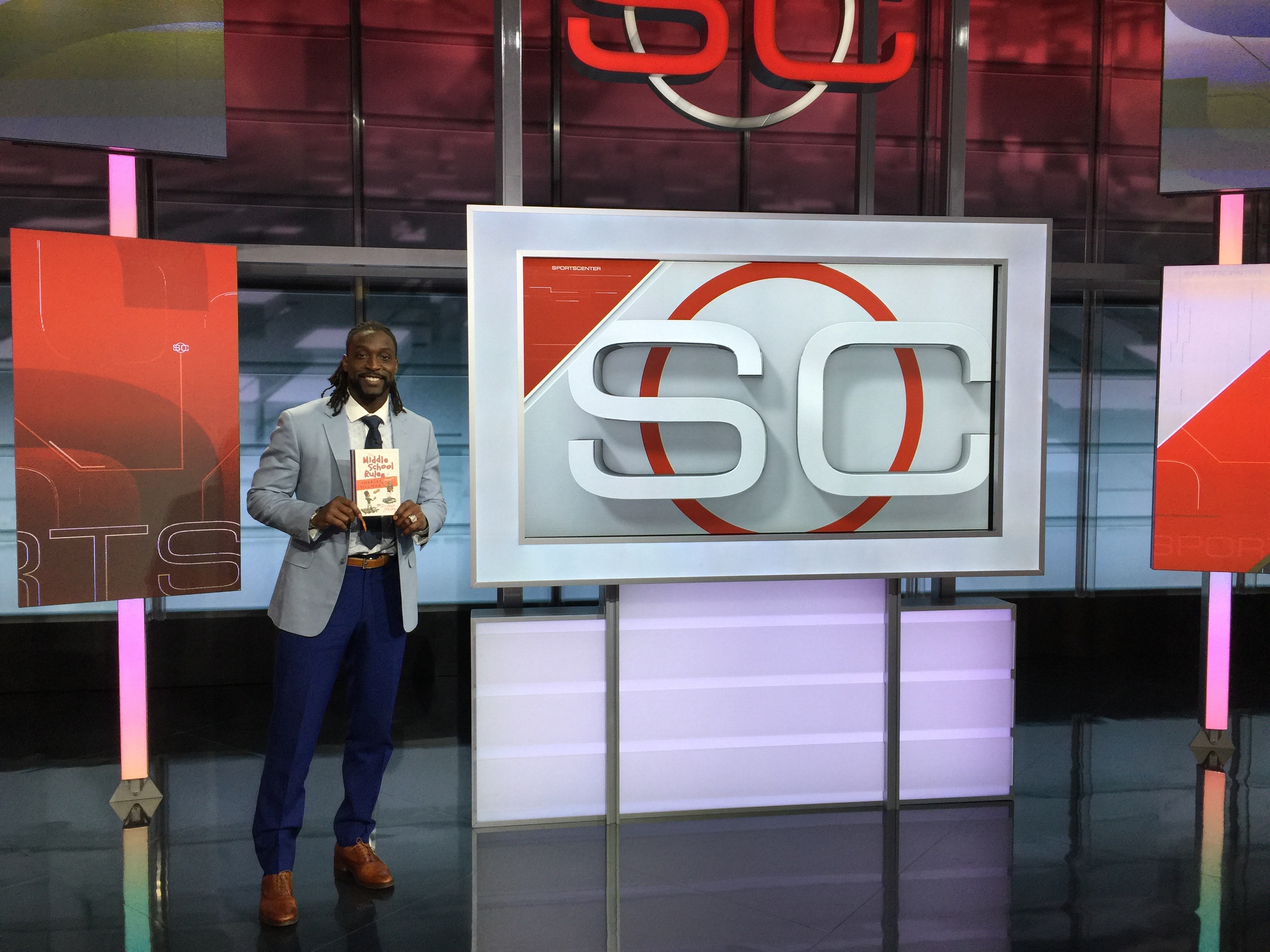 In sports, an athlete or coach hasn’t made it unless they’ve experienced ESPN’s “Car Wash.”

Well, Charles Tillman did the rounds at ESPN, talking about the Carolina Panthers hot start and promoting our book, The Middle School Rules of Charles “Peanut” Tillman.

Joining me in studio at 2:30p et will be @peanuttillman of the @Panthers. pic.twitter.com/xJOXoaVVX4

omething very important to you and that is a book.”

Charles explained some of his childhood challenges, from not knowing cursive to sometimes not fitting in at a new school.

“It goes through my struggles as a kid,” he said, “and I had to learn these lessons that my parents, grandparents and other family members had taught me over time.

McKendry seemed impressed and closed the segment by saying, “Good read, it’s good for the kids.”

In addition to the interviews, Charles filmed a hilarious ESPN commercial, which you can watch by clicking here.