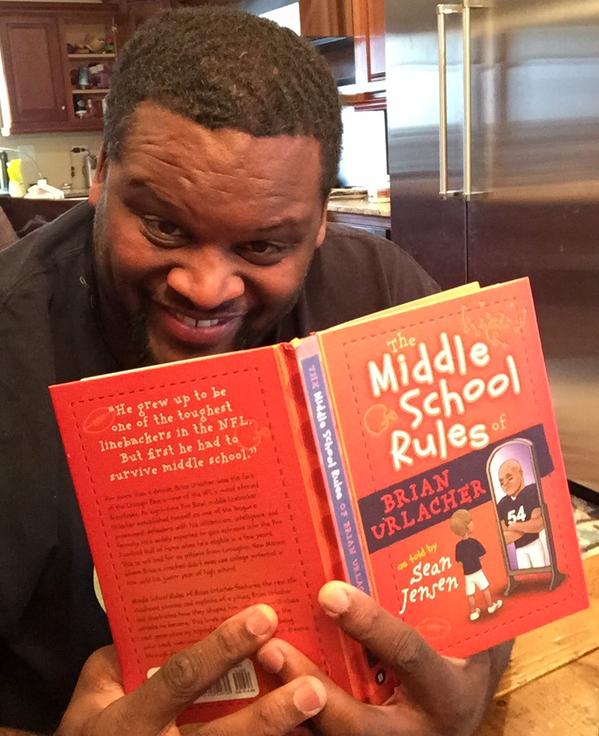 Brian got things rolling, then many of his friends and mine weighed in and helped us spread the word. Though the hardcover book isn’t in stores until Feb. 17, BroadStreet Publishing and The Brand AMP unveiled the e-book for Super Bowl week at the special price of $4.90.

Below are some of the cool Tweets from today:

Proud to announce my new book with @seankjensen, @midschoolrules of Brian Urlacher. Get #SuperBowl e-book special at http://t.co/LjYf9ZkU0o

@BUrlacher54 is sharing lessons of his youth, via @seankjensen in a new book The Middle School Rules of Brian Urlacher.

I admit Middle School wasn't easy for me growing up. Appreciate @BUrlacher54 & @seankjensen writing about it 4 others http://t.co/9xZ4v8AOuZ

@MikeMcCartney @seankjensen It was a Great book. I cant wait for the next one Mr Jensen.

State Senator Napoleon Harris, who starred at Northwestern and in the NFL…