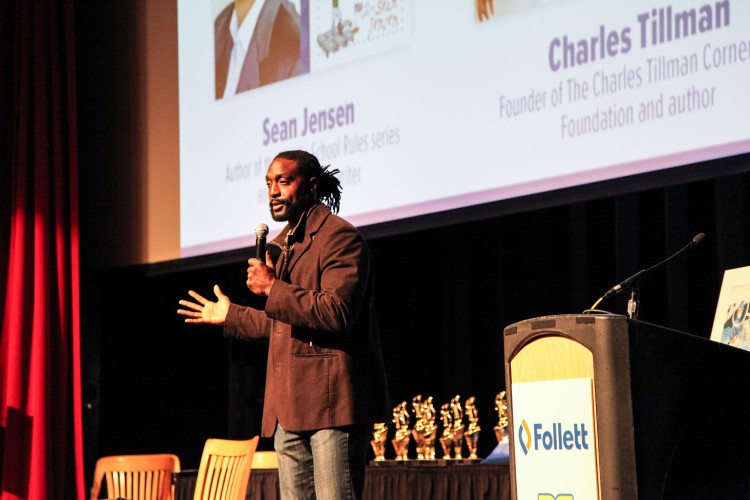 He’ll be the first one to tell you that.

He’s proud of his many professional accomplishments, most notably his NFL Man of the Year award, given to a player who excels on and off the field.

But Charles was very forthcoming in sharing his shortcomings because he wanted to give students hope, especially those who were born in Chicago. People often forget that Charles, a Chicago Bears legend, is originally from Chicago. And we’ve spoken on numerous occasions how empathetic he is to the young people growing up in Chicago amid all the chaos of violence and politics, not to mention challenges at home and school.

So despite short notice, Charles naturally embraced a chance to speak to Chicago Public School students at Harold Washington Library to honor student winners of Follett Corporation and Reading Is Fundamental’s poster and essay contest.

Click here to check out the full Fox 32 story.