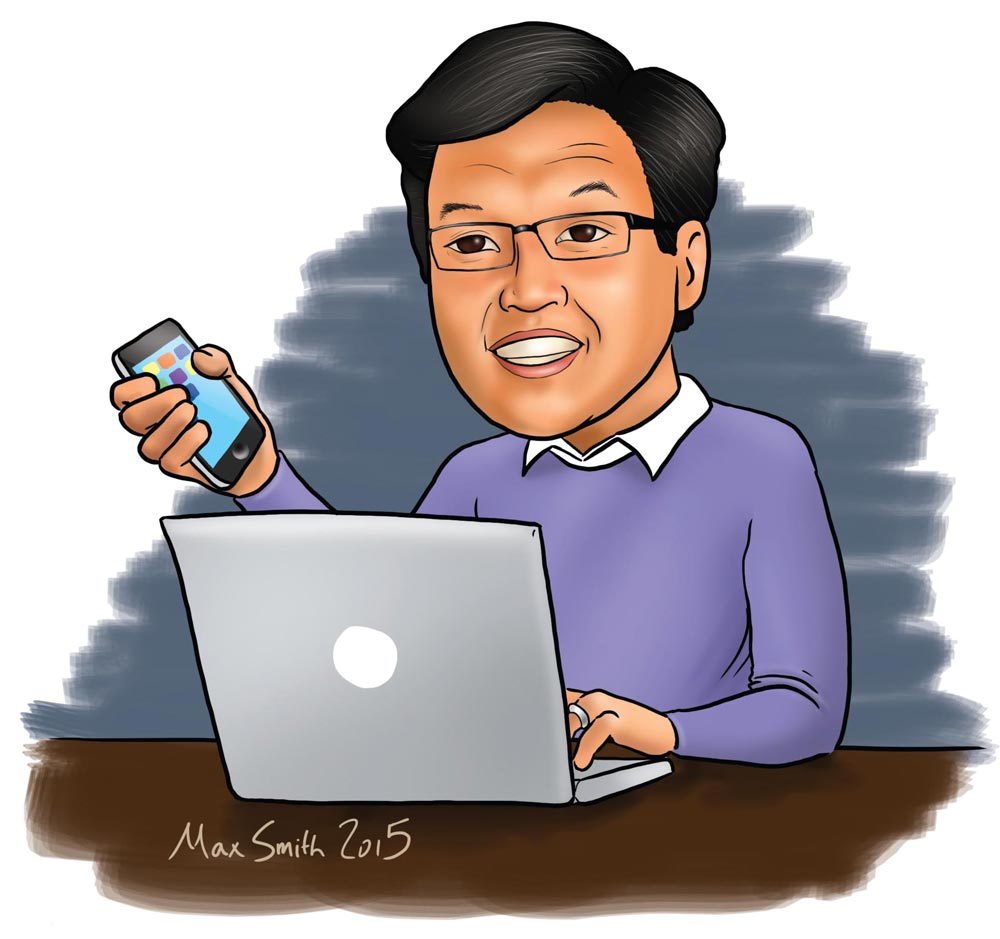 So Sean continued to play sports, he delivered sports (actually, he was a carrier for the Boston Globe), and he analyzed sports for his high school newspaper. On many Fridays after school, Sean would call the phone number (yes, he was in high school before email) listed under the columns written by Michael Wilbon and Tony Kornheiser of the Washington Post. He’d ask them about what they wrote. He’d ask them about what they were going to write.

After months, Kornheiser would pick up the phone on Fridays and exasperatingly say,

Unfazed, Sean would pepper him with questions.

Early in his junior year, Sean told Wilbon, “I want to be like you someday. Where do I need to go to college?”

Sean learned the Medill School of Journalism was at Northwestern University, just north of Chicago. Wilbon, a Chicago native, was an alum.

Sean applied early decision, and he was accepted.

At Northwestern, he made many friends, and broke many records—mostly for eating things. For instance, Sean owns his fraternity’s unofficial eating record of 125 chicken wings from Buffalo Joe’s. (He could polish off 75 by the time you start and finish this bio.)

While at Northwestern, Sean was fortunate to land internships at Boston Globe, Tennessean in Nashville and Charlotte Observer. After graduating, he interned at the Washington Post, then accepted a job to cover the Green Bay Packers for the Milwaukee Journal Sentinel.

After just one season there, Sean was hired by the St. Paul Pioneer Press to cover the Minnesota Vikings. By his second season there, he was the youngest lead NFL reporter working at a major metropolitan newspaper.

During his career, he’s won many awards, broken many big stories, covered many big games, appeared on many big networks and shows, and penned many profiles on high-profile athletes.

But his four sports writing highlights are actually non-NFL related. They are:

1) Covering the 2008 Beijing Olympics for the Pioneer Press.

2) Covering the 2004 Athens Olympics for the Pioneer Press.

3) Playing Augusta National after covering the 2007 Masters for AOL Sports.

4) Serving as the lead reporter for the Chicago Sun-Times on the 2012 Ryder Cup at Medinah Country Club.

After moving back to the Twin Cities, Sean hatched the concept for a book series that partnered with famous athletes to tell their inspirational childhood stories.

A publisher and a player believed in the idea.

No one, though, has believed in him more than his wife Erica, whom he met at Northwestern. In football terms, Sean out-kicked his coverage. They hope to visit all 50 states with their children, and they hope someday to sleep in on Saturdays again.

Sean also leads a men’s ministry at his church, and he volunteers at his children’s school.

Oh, and he still plays sports and clings to the dream that, despite his double-digit handicap, he’ll make it onto the PGA Tour.